DÃ¼sseldorfâ€™s annual Kidsâ€™ Cinema Festival (Kinder Kino Fest) is the kind of film festival that has audiences on the edge of their seats, especially because some viewers might be too young to sit through an entire movie. Nevertheless, some of the worldâ€™s best kidsâ€™ movies are shown in seven participating city cinemas for an audience of around 10,000 children and teens, from 4-16 years. And if the kids donâ€™t want to sit still, they donâ€™t have to: the festival includes many hands-on activities and interactive games to keep everyone engaged beyond the movie screen. 2014 dates: November 13-19.

This yearâ€™s theme is â€œStrong for each other!â€ (FÃ¼reinander stark!), and many of the movies reflect the motto by featuring stories and scenes about what can be accomplished through teamwork, peer support, or by just being there for each other. Moreover, many of the activities are designed to teach children and teens what can be accomplished by working together.

A big example of cooperation at this yearâ€™s festival is the partnership between the city of DÃ¼sseldorf and the Chinese city of Chongqing. This year marks the partnershipâ€™s 10th anniversary, and the occasion adds even more to the festival: Great film productions and activities from China.

After the movies the children have the possibility to meet guests from the filmcrew: screenwriters, actors and directors visiting the events and answer the questions of the audience.

DÃ¼sseldorf Marketing & Tourism GmbH is the visitors and convention bureau of the city of DÃ¼sseldorf. Its responsibilities include tourism and city marketing, as well as conference and meeting marketing, hotel reservation services, fairs and convention services, city event ticket sales and advance ticket reservations. For more information, visit http://www.visitduesseldorf.de. 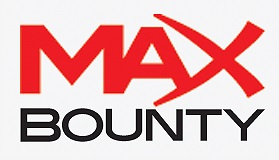